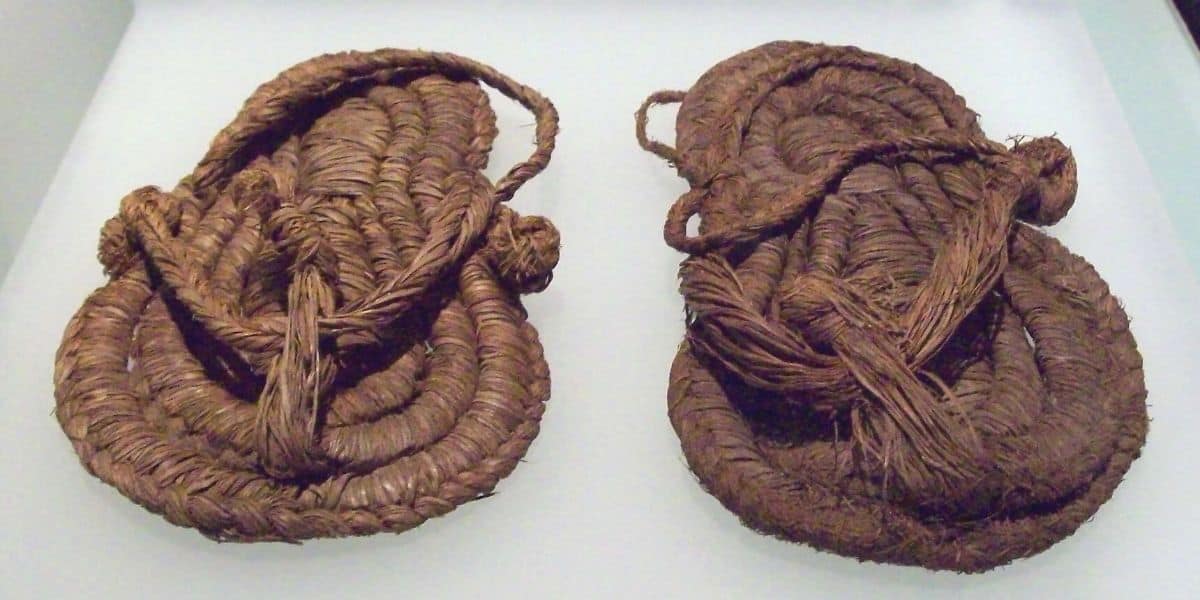 Humans have been wearing shoes in one way or another. Typically, they had to cover their feet with something; therefore, they created them for their protection. This trend became more revolutionized with time and ultimately leading to today.

The shoe tradition or history is divided into five types:

In the era of prehistory, there was only the first footwear that did not have any fashion or style whatsoever. They were only used to cover the feet but were changed with the evolution of Sandals, which were the famous ones in the Antiquity period. In the Middle ages, the same ones were a symbol of humility and feudalism.

The early modern times were the era of Baroque and the Renaissance, which were the most initial signs of contemporary footwear. In this timeline, the men and the women’s shoes were the same; they had no difference. But were known on their social classes, which was dependent on the materials used.

Peasants or the non-noble families had to wear the heavy or the dark leather boots having the simple heels. The nobles or the royal families wore luxurious and fancy shoes with a wooden sole.

There were mostly none shoes making industries at the time. Hence, the nobles had their shoemakers, which would make the desired shoes.

Check about Types of shoes and their uses here

The First shoe ever made in the world

The signs of first footwear were found at the border of Australia and Italy in the year 1991. The archeologists found a mummy named Oetzi from Stoneage. Which lead back to the 3300 years before our era.

The name was of Alpine traveler given to them, and the sole was made up of Bearskin and was stuffed with hay. It has some stitches but were few. The legs of the shoes were dry and warm, which wrinkled the leather on the shoes.

This is not the starting of shoes in humankind, but still, it is the first known making of shoes which were found by archeologists.

There were also leather shoes that were used in the winter season, and there were fur ones too. Some sandals were made up of palm left and the papyrus fibers.

At the start, there was no progress, but as the migration period came or the crusade period came, the revolution of shoes began in the European countries. There were sands and pointed shoes, but soon the discovery of heels took place, which led to the fashion in the western world.

As mentioned before, the first known signs of sandals were made up of stretches and tied end with papyrus fibers and raw leather. The clerics and the Pharoah wore these because of their design and their reputation. The colors and materials symbolized their use for class.

In the 10th to the 11th-century Chinese golden lotus feet because famous, which were not understood by Western. The Lotus shoes were breaking and bending with the toes, which could result in more fitness and termed into special shoes.

The classic Antiquity dates back -into the Roman and the Greek periods. This is where the footwear because more of an evolution. Unlike the Egyptians, the Romans and the Greeks began constructing the Sands, which were long and went halfway into the knees while there were many laces.

The footwear was not based on the men’s and women’s gender, but they were the same for both. The different types were differentiated based on the culture and the richness.

The soldiers at the time wore Sandals. The lances and the thickness of the sole were dependent on the rank of the soldier.

Even though the Middle Age is termed as Dark age, the footwear and fashion bloomed in the period. The discovery of heels took place, gender-based shoes were discovered, the pointed shoes and the first footwear structure took place at the time period.

In the early stages, Espadrilles came in Central Europe from the Pyrenees, which because of the most popular one. There were made of canvas and were fashion. It is making them more comfortable and easier to wear in the warmer climate. This is the reason for their infamous reputation in Northern Europe.

The northern part of Europe or the Central part had these leather made boots and were tied with the shoe sole. The protection and the strengthening of the shoe were durable while being flexible and soft because of the leather type.

Having the ability to change fur inside the shoes, these shoes could be used for both the summer and the winter season.

At the time of the Gothic timeline, the shoes were extraordinary and pointed long. These were called as the poulaines thrived. The exact length of the pointed front was half a meter. The more the period, the more is the status of the person. The longer ones were tied with the shoes with unique laces to make them walkable.

These shoes were sometimes made with velvet, decorated materials, fancy shiny materials despite the leather construction.

Up until the 18th century, Men were the first ones to wear the heels because the legs of men were considered the standard of beauty. Women wore fancy and fashionable shoes but were hidden under long skirts.

In the 16th century, Spain played a leading role in the development of footwear for consumer designs. But these widely spread into the European countries. These shoes were made with the most fashionable and the newest designs and materials possible.

The high Heels were introduced in the Renaissance period. The king often wore shoes with high heels, which were a symbol of supremacy and higher authority. The posture and the calm straight walk were also a reason for the 30 cm long heels.

King Louis XIV from France was also the leading role in the popularity of high heels shoes. Because of him, even today the historians refer the high heels for men as French shoes.

In the old middle ages, the shoes were usually pointed and long. This century replaced the long and pointed shoes from middle ages with the round duck-billed with broad and squared noses. The women’s fashion was also blooming with the platforms.

The ankle boots were also introduced in this period when the noble knights wore cultural and aesthetic shoes. The comfort of riding horses and fighting was the reason for ankle boots.

Baroque was the most famous and most expensive one at the time. There were artificial flowers and glitters or the costly materials which were used on the shoes. The construction was of velvet, sating, and silk, which was again decorated with ribbons and gemstones.

To show the status of men, men’s shoes were made with red heels.

The 17th century brought way to the socks, which were worn with boots to show their status and fashion. The footwear in the century was more important to women than men, which was followed by embroidery and decorations. The Rococo then replaced baroque.

The 19th century brought a way for different styles, colors, heels, and front shapes for both men and women. Fabric shoes were more popular and known as elite shoes. The higher heels for men were the end of this era.

The industrial revolution was the main thing in the century. The modern sewing machines were formed, which made way for massive industries to create footwear, therefore, resulting in more types of shoes and their styles.

The laced shoes were also more famous in the 19th century, but the most famous ones were the shoes which were above the ankle.

The nudity or seductive items were not worn by women, but the oxford made way for the fashion industry to make shoes that showed the parts of women’s feet hence bringing seductively.

In the part of the 20th century, there was a breakthrough in footwear. American pop culture had different and unique designs or subcultures. Cheaper shoes with varying changes in lifestyle for both males and females we introduced.

More colorful footwear was introduced in this century. The actors and the singers or the more famous personalities make new trends, and fashion stands. The beetle’s band made Chelsea shoes famous, Audrey Hepburn made kitten heels famous, and Mary Jane shoes were made famous by schoolgirls in the 5th decade.

In the 1892 US company created modern and comfortable shoes for sports. In the 1940s, the revolution for sports shoes was introduced with clothes and fabric made sports shoes.

From the England word Sneak, sneakers were born. The combination of casual and sports shoes named the sneakers were introduced, which are the most popular ones.

The shoes are not based on the class or richness in this era. The types and the production of shoes are increased way more, and the trends are made and broken each year.

Are you interested to explore more options or some useful information about plantar fasciitis? Stay tuned! here is our blog.

Many people around the globe suffer from the condition of Plantar Fasciitis. There are instances when it will cause pain and the best way to relieve it is by investing in good shoes.There are...

Finding the best plantar fasciitis inserts for sandals can be quite tricky. You must be aware of what quality and fabric insoles you are choosing for yourself.There are many insoles available in...

Hi, I am Ishfaq Ahmed the man behind the "Shoes Preview Project". I Love running and workouts.

Shoes Preview LLC is a participant in the Amazon Services LLC Associates Program, an affiliate advertising program designed to provide a means for sites to earn advertising fees by advertising and linking to Amazon.com.